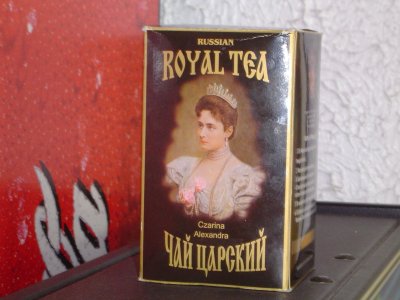 : Russian Royal Tea is your run of the millEarl Grey Tea packaged in a fancy box that features pictures of the Russian Royal family. Unfortunately, little else is royal about this Russian tea. It is not a bad specialty tea but is merely average. Perfect for “Russian Middle Class Tea” but by no means fit for a Romanov emperor. Nowhere on the packaging does this tea specify that it is an earl gray, but the strong smell of bergamot helps you discover this Russian tea‘s true identity, the same as when the royal family went into hiding after the Bolshevik takeover. Luckily, this tea does not deserve the same fate (execution by firing squad in an obscure basement). Faint bergamot taste and average quality tea deserves this fate. 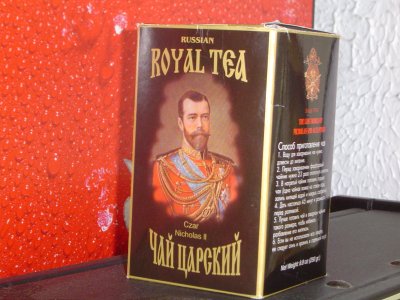 : Off the top of my head I can think of two things that have come out of Russia: this Russian Royal tea, and gifted teasan Mike Kofman. One is cool, the other is so-so. Russian Royal tea was a gift from a comrade that is also a tea enthusiast. Theloose tea smells great, and reminds me of a certain incense that I used to burn frequently. Nevertheless the bergamot is heavy, yet the taste is stock. Look up earl grey tea in the dictionary, and you got this guy right here. Nice box design though, it would look good in a museum.

1 comment Special Tea
You can follow any responses to this entry through the RSS 2.0 You can skip to the end and leave a response. Pinging is currently not allowed.
Add Comment