Lagg’s Verde Green Tea – Thanks But No Thanks 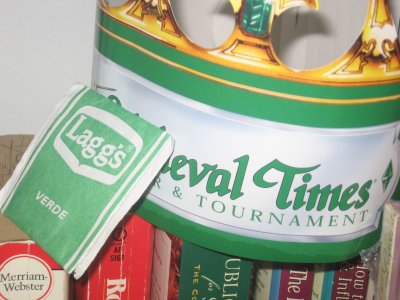 : Dax came back from Mexico all luche libre carrying this Lagg’s tea back from his resort. Lagg’s green tea sucks. I don’t even know what else to say, the taste doesn’t even resemble green tea. It tastes like chlorine and I know the problem is not with the water because I use the same water for all my teasan trials. Dax’s mind was in the right place, always thinking about the tea hustle. What he brought back, though, was trash. Thanks, but no thanks.

: So Mike hated on the Lagg’s Green tea with the quickness, but I was not so hasty.  It is parallel to an experience in the location where I got this Lagg’s tea, Puerto Vallarta, Mexico.  See, you aren’t supposed to drink the water in Mexico, for obvious reasons, and I’m not saying I did.  I was quite enthused about getting thrown around by powerful waves…until the next day when I was puking up my buffet breakfast.  Gross.  The story with Lagg’s Green tea is that at first it seemed like a daily drinker, until the fertilizer finish sets in and you feel worried for you life… I won’t fail this green tea, but I’m really disappointed…and sick.

1 comment Uncategorized
You can follow any responses to this entry through the RSS 2.0 You can skip to the end and leave a response. Pinging is currently not allowed.
Add Comment