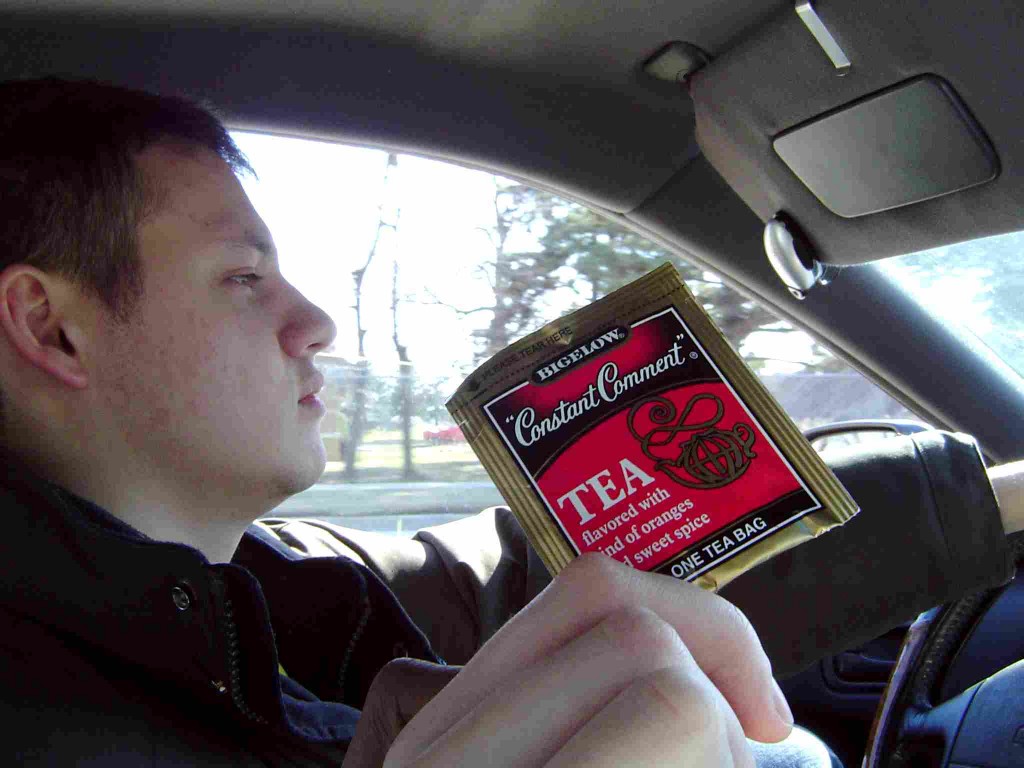 : The first of our many Bigelow tea reviewshas me asking, what is a “Constant Comment“? I have no clue. Maybe this Bigelow Tea with Orange is what everyone is talking about? Upon reading the back of the tea packet, Bigelow states that only the finest mountain-grown tea with golden orange rinds and blah blah blah. Well, this black tea is as ordinary as 2-ply. Sure I caught the jist of some orange in there, but this Constant Comment Tea would probably be better off as a car freshener. I mean the teabag smells like Escalade interior with an orange tree thing on the rearview. Not that I drive an Escalade or anything (I happen to push a 93 Honda Accord) but c’mon, this really does have that new car scent. Teas come and teas go; with the thousands of herbal teas out there, you gotta really step your game up to make the grade. Those natural flavors aren’t doing much for the black tea. A decent tea, nothing special, but put a couple bags on the dashboard, you’ll be surprised.

: I’ve tried orange spice tea before and it tasted like toilet. I got all hyped to try it because it smelled so good, and then wham. The sharpest contrast between smell and taste of all time it was. As you can imagine, I approached this Bigelow Tea with reluctance.

I was pleasantly surprised, however. The smell resembles something reminiscent of Chai Tea, and the taste does not have a thick, disgusting residue like the previous orange spice tea I had tried. The orange flavor is faint and not overbearing, and yet the tea does not taste watered down. Thanks to Bigelow Teas for getting me to rethink orange spice teas.

No comments Bigelow Tea
You can follow any responses to this entry through the RSS 2.0 You can skip to the end and leave a response. Pinging is currently not allowed.